Cooking seafood in a slow cooker 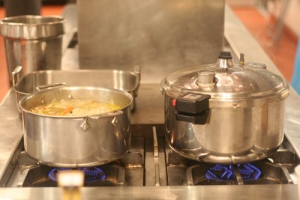 Cooking with Pressure Cooker is one of the most widely used household apparatus all over the world for food. It works on a simple principle, and that is the pressure of the stream. If we can generate a tremendous amount of steam in some sealed pot, enormous pressure will be built up in there, and this will also help in cooking. There are so many advantages to cooking with a pressure cooker than the usual process of cooking.

The operation of principle:

A pressure cooker has a very simple process. It is a sealed pot having a valve over there which is used to control the steam pressure of the inside of the cooker. The high pressure of the steam of the pressure cooker helps to raise the boiling temperature of water at its normal boiling point of 100°c. Thus, it also contributes to raising the pressure inside the pot, and as a circumstance the speed of cooking increases.

Pressure cookers have some unique features compared to the typical cooking method. They can be stated as the following: 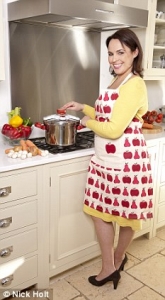 Pressure cookers also help us to prepare foods in the shortest time span. It gives a faster operation of about 70% than the standard cooking method. It is especially beneficial for corporate jobholders. After returning home, they can get the meal on the table very quickly. Even they don’t need to pass a long time in the kitchen when they are too much tired after office time.

Maintaining the food nutrition value and the taste

We can also save our money by using the pressure cooker for the purpose of cooking. Cooking with pressure cookers is a very simple and easier operation, and people can save their money also.

Watch this video How to cook in a Pressure cooker

Advantages of cooking with the pressure cooker:

Spread the lovePressure cookers are no doubt handy tools. They are so active in building …