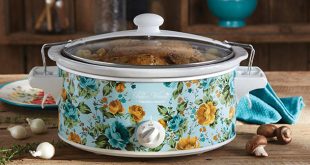 How To Get The Most Out Of Your Slow Cooker

7 Reasons to Use a Pressure Cooker 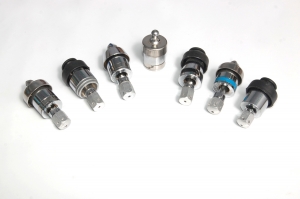 All You Need To Know About Pressure Cooker Valve

To understand how a pressure cooker works, you need to have an idea about the working method of a pressure cooker. When you use a pressure cooker, you can cook it in a very short amount of time. The reason behind this is that you cook the food at high temperatures and high pressure.

When the central pressure crosses over the limit of it gathers enough momentum so it can push the valve upwards. When the valve is pushed upwards, moisture can get out from the inside, and the pressure will be down too. When this happens, you usually hear the sound that is called the whistle.

Usually, a pressure cooker valve is made of a material of stainless steel. Some vents are made of aluminum but in most cases, it is made of stainless weight. It has a minimum amount of weight so it can counteract the required amount of central pressure. It works like a clamp. Its radius in the top part is bigger than the bottom part.

The lower part is narrower than the top. So when the inside pressure lifts it up, there is an empty place around the bottom part so that the pressure can let out. Now there a few types of valves available in different models of the pressure cooker. There are no valves that are spring-loaded. So it can be opened and closed within moments.

So with the modern pressure cooker, the control of the inside pressure is more accurate. They let minimum moisture out during the cooking process. So it takes lesser time to cook, and ingredients like meat and fish do not lose their juices. It also cuts down the amount of water you need to use during cooking.

You will need only half a cup of water to pressurize the pressure cooker completely. So you will get more nutrients from your food. Now there are also features like a quick release that works itself. In case, severe pressure it will open to let out all the central pressure, and the cooking process will come to an immediate halt in this process.

It will allow adding different ingredients at different times of the cooking process. So you can have work with real complicated recipes without any problem. The cooking process will start again as soon as you will put the lid on and turn on the heat. It will also allow you to check the doneness of the ingredients which is essential for the same recipes.

How To Clean A Toaster Oven